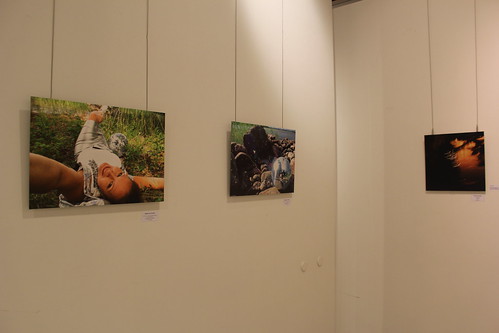 For the Sun – My Sun Adoration With My Sacred Mirror

The main religions of Japan are Shintoism and Buddhism, and the main god of Shintoism is Amaterasu, the goddess of the sun. In the Shintoist tradition, the round, sacred mirror, Yata no Kagami has been used to lure Amaterasu out. I noticed that I had done almost the same in a performance during the summer solstice of 2017. Therefore, I chose these photographs to be shown in Japan.

I have loved the sun so much, that it has been difficult for me to stay out of direct sunlight when the sun is shining. For me, the summer solstice is the most important holiday of the year, and the dearest, sacred time because of the sunlight maximum and the blooming of nature. I have made art every summer solstice since 1995. On the eve of the summer solstice of 2017, I innovated the idea of reflecting the sunlight maximum with different reflecting materials, such as the mirror ball, and shiny clothes. Then, wearing my shiny clothes and with the disco ball I realized the performance and took a series of photographs, of which two are displayed in Osaka. The photographs are printed on Hahneműhle metallic Photo Rag paper to be reminiscent of shiny, oriental and occidental objects which can be used to worship the sun.

“According to the testimony of Eusebius of Alexandria, Christians too, shared in the worship of the rising sun until well into the fifth century… Not a few traces of sun-worship are preserved in ecclesiastical art, for instance the nimbus round the head of Christ and the haloes of the saints.” -Carl G. Jung: Collected Works 5, page 107

“In mysticism the inwardly perceived vision of the Divine is often nothing but sun or light, and is rarely, if ever, personified.” -Carl G. Jung: Collected Works 5, page 90

A solo performance “New Way Love For Art” at the opening of For New Ways -exhibition at Galleria Kookos on March 5th 2019.